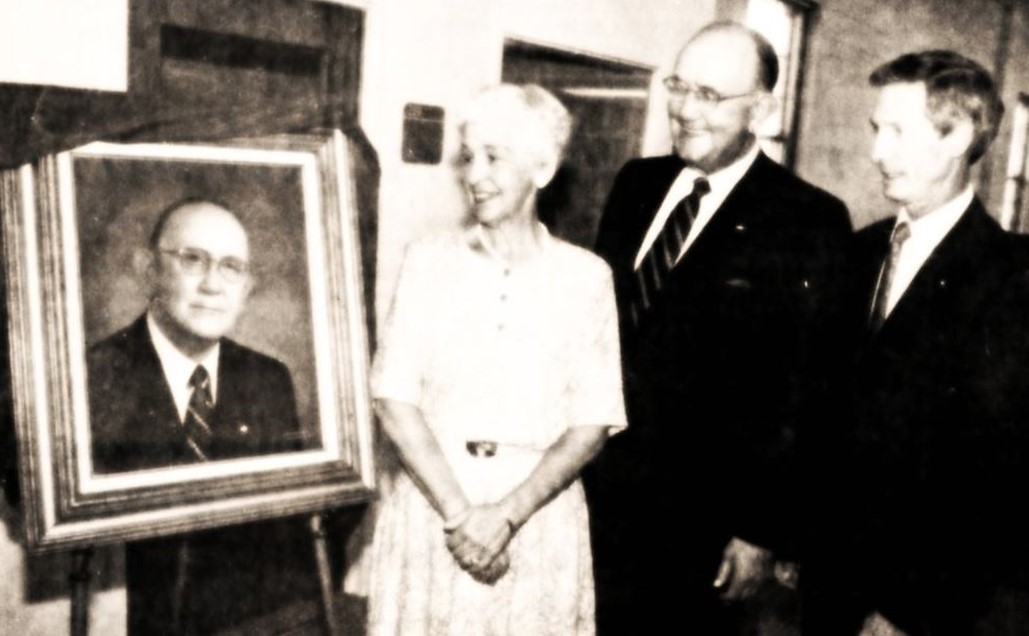 In June of 1987, a new building opened on the PCC campus, known in those days as the Learning Resources Center, but hailed today, simply, as the PCC Library. The Everett building acquired its name from a man renowned in the eastern part of the state as not only a successful lawyer, but as a man who was a visionary and leader of his time, serving in leadership roles across the state of North Carolina, Clifton W. Everett Sr. was a man who could get things done.

On Sunday, June 28, 1987, Pitt Community College met with local leaders and campus affiliates, including then President Charles Russell and Vice-Chairman of the Board of Trustees, Kay Whichard, to unveil the portrait of Mr. Everett that has hung in the foyer of the PCC Library until the first floor was cleared just recently to make way for the second phase of renovations. We have it in safe keeping, and it will brandish the walls once again of the building bearing his name when the building is completely restored over the course of the next several months.

Mr. Everett served in many leadership capacities throughout the course of his life. Just a few of his vast and seemingly unending lists of accomplishments were serving as the councilor of the N.C. State Bar from 1983-1984; serving as the Pitt County Bar Association President; serving as the President of the 3rd Judicial District Bar Association; serving as a member of the Board of Governors for the North Carolina Bar Association; serving as the mayor of Bethel from 1956-1961 and serving in the N.C. House of Representatives during the 1961 session. Most importantly, to Pitt Community College, he served on the Board of Trustees from 1962 until 1989, acting as Chairman from 1977 until he passed away on February 25, 1989. In a generation where we often get caught up in the minutia, let us never forget Mr. Everett and his unending quest to lead and change the lives of people here in the eastern part of the state and, specifically, here at Pitt Community College. Leaders from the past like Mr. Everett laid the groundwork for the College that has paved the way for PCC to become the great institution it is today. May we be inspired by his legacy to the community and all it means to sacrifice for others, with the title of a leader, but the heart of a servant.

Enter your e-mail address to receive notifications of new posts by e-mail.