Skip to Main Content
It looks like you're using Internet Explorer 11 or older. This website works best with modern browsers such as the latest versions of Chrome, Firefox, Safari, and Edge. If you continue with this browser, you may see unexpected results.

New to college research? This guide gives you an overview of how to get started.

Plagiarism is defined as presenting someone else's words or ideas as your own.

"Academic Dishonesty – cheating, plagiarizing, or aiding and abetting another person in cheating or plagiarism (Cheating means getting help that was not approved by your instructor from someone or something on a test, quiz, exam, or assignment. Plagiarism means to submit as one’s own the work of another. Plagiarism is stealing someone else’s ideas or words)."   PCC Student Handbook [PDF]

How to Avoid Plagiarism 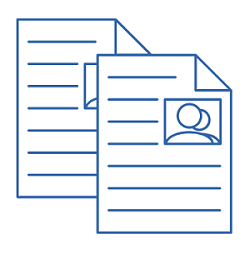 If you need more help in understanding how to balance your ideas with support from outside sources, how to use in-text citations, how to use quotes, etc., watch the series of Research Companion videos below.

You can view more research tutorials from Research Companion by accessing the database link below.

This is when you take someone's words and present them as your own with no changes or attribution.

Edgar Allen Poe is best remembered for his dark tales of the macabre, but many readers aren't aware of his personal political views and how they informed his writing. Poe did not write extensively or comprehensively about the abolitionist movement. We do know some of his thoughts on the issue from book reviews that he published in various publications in the 1830s and 40s. Much of his criticism of abolitionists concerned not the essential principles of the cause but what he viewed as the anti-slavery fanaticism of many Northern editors and writers that prevented the publishing success of Southern identified writers like himself.

"Like most of the political issues of his day, Poe did not write extensively or comprehensively about the abolitionist movement.What little that is known of his views of abolitionism is recorded primarily in book reviews that he published in various publications in the 1830s and 40s. Much of his criticism of abolitionists concerned not the essential principles of the cause but what he viewed as the anti-slavery fanaticism of many Northern editors and writers that prevented the publishing success of Southern identified writers like himself. "1

Using phrases or sentences from another author's works and including them in your writing without quote marks or citations.

Teens with strong social support networks are less likely to engage in risky sexual behaviors and are more likely to experience unintended pregnancy.  Two important factors in social support networks are parental involvement and the peers that teens spend time with.  Teens with parents who are more involved tend to choose to delay sexual initiation, whereas teens whose friends engage in risky sexual behaviors are more likely to engage in the same behaviors.

"Social support networks are important for the health of adolescents. One important part of social networks for adolescents is parental involvement. Adolescents whoseparents are more involved tend to choose to delay sexual initiation and are at a lower risk for unintended pregnancy (Hoskins & Simons, 2015; Viner et al., 2012). In addition to parental involvement, the peers that teens spend time with also have an impact on pregnancy rates. Females who have friends that engage in risky sexual behavior are more likely to engage in the same behaviors and are more likely toexperience unintended pregnancy (Hoskins & Simons, 2015)."1

Rewording, rearranging, and re-writing in your own words another author's work while maintaining the same line of argument or idea without a citation or attribution.

The killing of the albatross is especially shocking because it seems to come out of nowhere, with no motive on the part of the mariner.  Such an emphasis on the lack of motive or foresight is especially interesting given Coleridge's own subscription to the Unitarian moral theory, and the emphasis placed on motives in the designation of responsibility within that moral code.

"It is within this already disoriented field that the crucial moment of the narrative occurs: the slaying of the albatross. There are two especially strange elements to this killing. Firstly, as many critics have pointed out, it happens without any apparent foresight or motive. In one stanza, the Mariner is describing vespers in the moonlight; in the next, the Wedding Guest is shocked by the terror in the Mariner's face: the killing simply happens. This is particularly interesting given the weight that the Unitarian moral theory to which Coleridge subscribed at the time placed upon motives, since the determinative effects of motives were, in their compatibilist analysis of volition, the only marks of responsibility."1

It's possible to plagiarize yourself?  Reusing your own work from a previous class or assignment is plagiarism too!

The Supreme Court of the United States of America serves an important function as one of the three branches of the federal government. The court hears many types of cases,and their rulings can have far reaching effects. For example, in 2007, the court heard a case in which the state of Arizona issued a proposal to the Environmental Protection Agency, requesting that pollution permitting authority be handed over to the state."

"The first case, the National Association of Home Builders v. Defenders of Wildlife, exemplifies cases in which the Supreme Court has been called on to interpret the exact meaning of the ESA and its limitations.  In this case, the state of Arizona issued a proposal to the Environmental Protection Agency, requesting that pollution permitting authority be handed over to the state."

Have any questions?  Ask a librarian!