Skip to Main Content
It looks like you're using Internet Explorer 11 or older. This website works best with modern browsers such as the latest versions of Chrome, Firefox, Safari, and Edge. If you continue with this browser, you may see unexpected results.

Pitt Community College was chartered by the State Board of Education in March 1961 and began operation as Pitt Industrial Education Center that year with Dr. Lloyd Spaulding serving as director.

Dr. William E. Fulford served as president from 1964 to 1984, and the institution developed considerably under his leadership.

The Robert Lee Humber Building was completed in 1970, followed five years later by a new addition to Vernon White. The addition provided space for a student lounge with various recreational facilities and Business Computer Programming courses. The White Building now serves as the college’s administrative center.

Dr. Charles E. Russell, a Jamesville native, was named PCC’s third president in 1984. He served until 2003, helping PCC became one of the state’s largest community colleges.

With Russell at the helm, the college added 32 curriculum degree programs and led the charge for three major bond referenda. In 1991, he encouraged college trustees to spend $2 million in bond revenue to purchase 105 acres from H.L. Bowen’s heirs, thus providing a foundation for much of the college’s future growth. 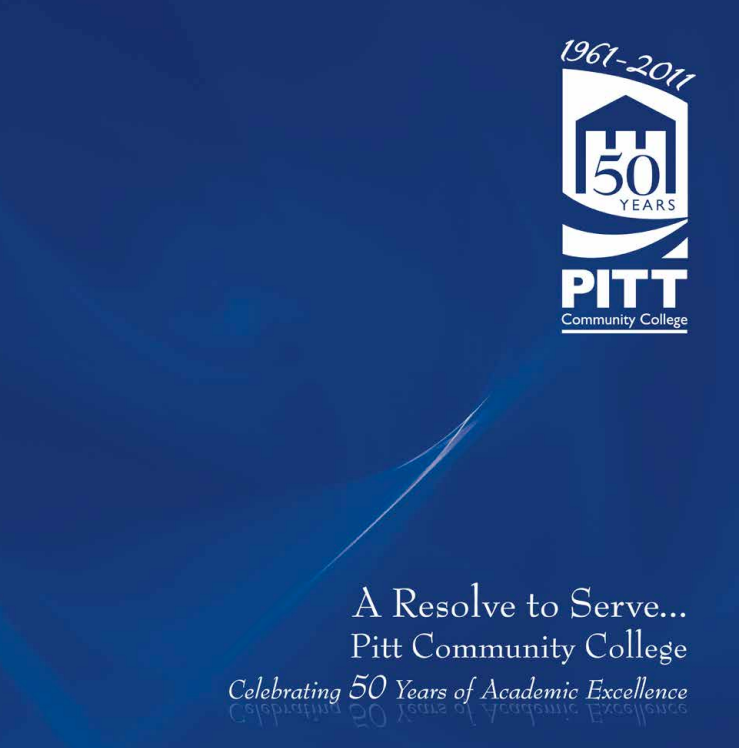 Pitt Community College celebrated its 50th Anniversary in 2011. To commemorate the historic occasion, the college created and published a book, “A Resolve to Serve … Pitt Community College: Celebrating 50 Years of Academic Excellence,” with help from local historian, Roger Kammerer.